A BRUSH OF PURE LIGHT

Paper and pencils aren’t the only tools for drawing. Use an LED lamp and draw lines with light!

The photograph taken by Joseph Nicéphore Niépce with a camera obscura in 1826 is considered to be the first permanent photograph. The shutter speed for this photograph was eight hours, so it can be seen that the sun illuminates the buildings in this picture from both sides. In 1848, the artist and photographer Frederick Scott Archer was dissatisfied with the low resolution, contrast and slow shutter speed characteristic of calotype photography. So, he invented a new method  which increased the shutter speed to just a few seconds.

For those who had to stand stock still for 10 minutes to have their photograph taken, this was quite an ordeal, but it’s also possible to make the most of a slow shutter speed. Enter our special room for slow shutter speed drawing and pick up a lamp. If you move it around in front of the screen, it will leave a white trail. The line will stay visible for long enough for you to complete an entire picture. 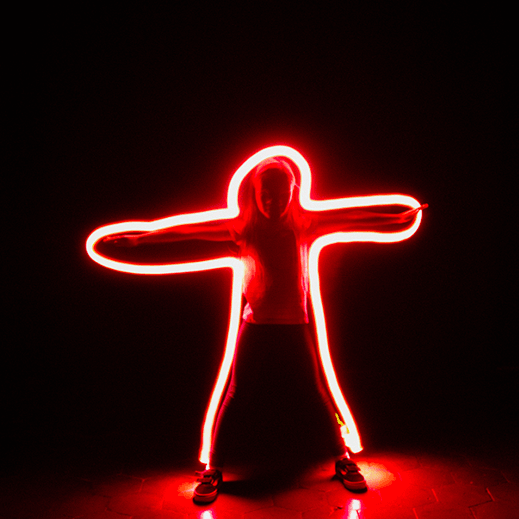