Inventions are just like the city of Tallinn – they’re never finished. Bicycles became popular in the second half of the 19th century, and the 1890s have even been referred to as the golden age of bicycles. Just before cars were invented, the bicycle was the best option for transporting one person. Why not make it even better?

One of the loftier ideas was to attach a propeller to the bicycle, to lift it off any bumpy ground and potholes. That’s exactly the kind of bike you can try at the invention factory. VR goggles will lift you high above an industrial city, where you can collect letters while sliding between houses like a flying postie. But don’t forget to keep your eyes on the traffic even in the air! 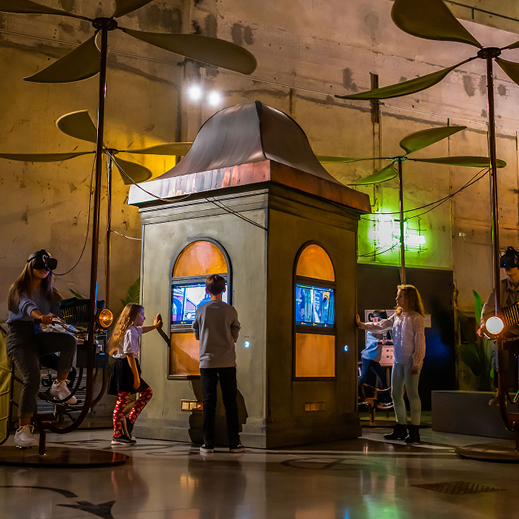