Explore the historic Noblessner quarter by cranking up a model train!

When the first inter-city railway between Liverpool and Manchester opened in 1830, it was as newsworthy as a permanent connection between the Earth and the Moon would be today. Over the next 30 years, the railway network in England extended to 16,000 kilometres and to as much as 46,600 kilometres in North America. In the middle of the 19th century, long-distance railway connections were also established in the Russian Empire.

For nearly 100 years, rail  transport was ruled by steam, but in 1879, Werner von Siemens suggested the possibility of using electricity as a power source. You can test the beauty and power of these innovative trains yourself by turning the crank to move model trains around a replica of the historic Noblessner quarter (where PROTO is located), suspended in the air like an island torn from history. 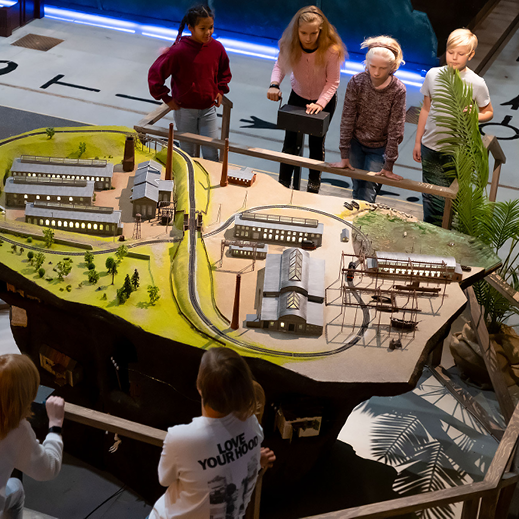