What does 500,000 volts of electricity sound like? Sit at the piano and try it for yourself!

The electric light bulb, invented by Thomas Alva Edison, and the opening of the first electrical network in 1892 changed power consumption completely. This was followed by the rapid advance of electricity, new discoveries and inventions. For example, a Tesla coil, a transformer invented by Nikola Tesla can produce output voltages of up to 500,000 volts.

Although the main objective of electricity is to supply power to all kinds of devices, it can be used for some nifty tricks as well. For example, electricity can generate different sounds and their pitch can be controlled. Inventors created an organ-like piano which is attached to a Tesla coil. Sit at the piano, press the keys and listen to high-voltage electricity sing! 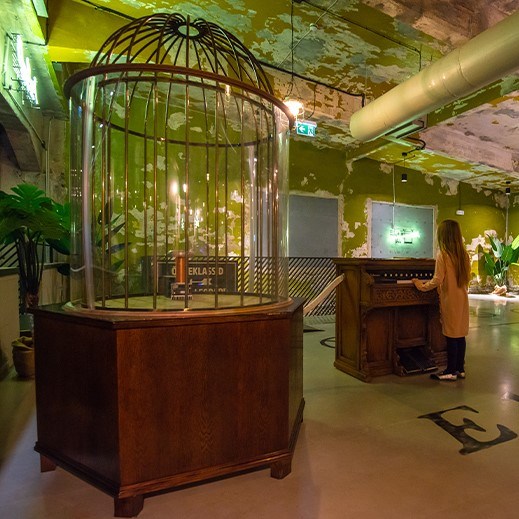