Thieves are trying to steal an important invention from the steam train, can you stop them?

It is difficult to overestimate the importance of steam locomotives in their time – there is a reason why the steam locomotive was a symbol of the industrial revolution. Steam locomotives had a simple structure and were quite powerful, but they had to be fuelled for a long time, and they were slow to accelerate and manoeuvre. In the first half of the 20th century, at the start of the transition to diesel and electric trains, the 100-year reign of steam trains came to an end.

The invention factory’s steam train has a special mission: to transport a secret invention to a safe location. People with bad intentions have found out about it, and have come to steal the invention. Your task is to cooperate with other players and make your way through the carriages to the locomotive as quickly as possible, so that the invention would not fall into the wrong hands. 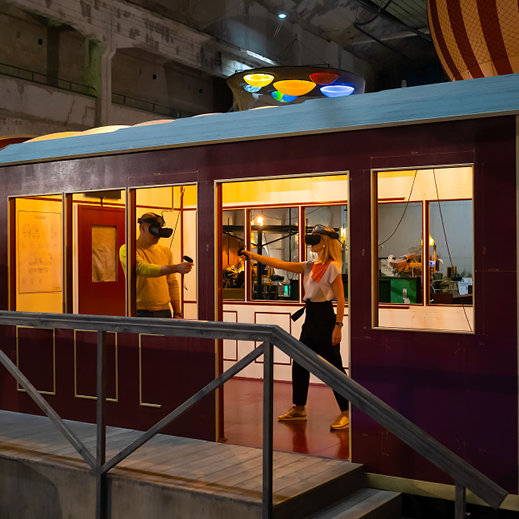